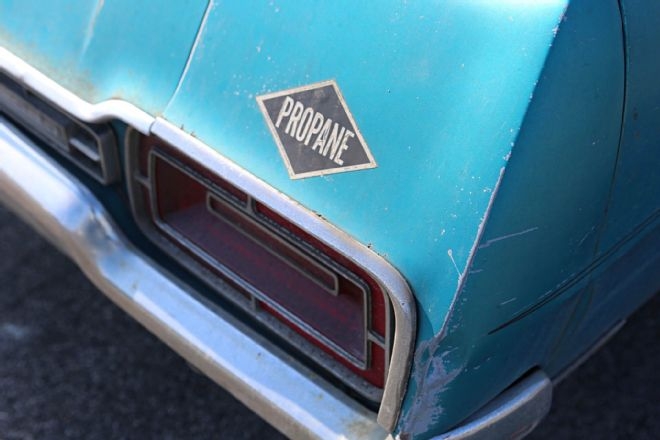 Jason Amos and his wife Becky Sapp covered over 1,000-miles, from Louisiana, through Texas, and Oklahoma into Kansas City, with a 1970 Ford XL converted on Autogas. The purpose of bringing the car on the Power Tour was to raise awareness on alternative fuels. “I wanted to open up a little bit of a dialogue about alternative fuels and Hot Rodding,” said Amos.

The Ford features a big-block engine, but with an IMPCO Bi-fuel propane conversion between its front fenders the 7-liter engine runs on clean burning propane at a higher-octane than can typically be found at regional fillings stations. The tank that holds the propane is mounted in the trunk of the car and offers a range of about 250 miles.

With the car prepped for long-distance driving, Amos and Sapp have connected with automotive enthusiasts while attempting interstate travel on propane and expanding the practical use of propane as an alternative fuel.

Amos is an independent filmmaker from the Los Angeles Area who actually acquired the car for a movie he is making, called Marathon. Originally, the car was set to be crushed for a scene in the film. However, after driving the car, Jason fell in love with it and it will now assume more of a “hero” role.