Turkey: Breaking the myths about Autogas with LPG-powered monster truck 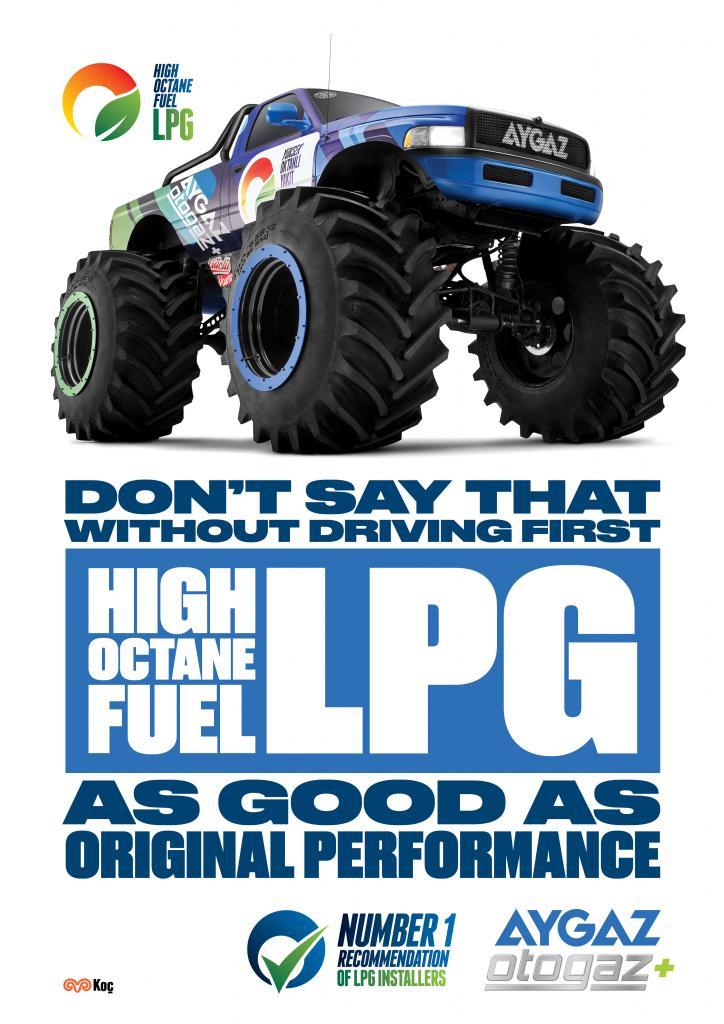 Turkey’s Autogas brand Aygaz has launched a new ad campaign with two new commercials, aiming to break the myths about Autogas. The commercials started airing on 28 November and you can watch the two videos here and here.

Aiming to communicate that Autogas is a high-octane fuel that adds power and efficiency to the engine, Aygaz has partnered with TUBITAK (The Scientific and Technological Research Council of Turkey) and ODTU (Middle East Technical University), two of the most respected, independent institutions in Turkey. The tests and studies conducted by the two institutions revealed that Autogas is a high-octane fuel. In order to stress this specification in a striking way, Aygaz built Turkey’s first LPG-powered monster truck for the two new commercials.

The films show passenger car users who are sceptical about the performance of LPG being spellbound when they see the monster truck in a humorous tone. The commercials invite the consumers to test the performance of Autogas with the slogan “Don’t Say That Without Driving It First” and highlight that Aygaz Autogas is the most recommended Autogas brand by LPG installers.

Rıdvan Uçar, Assistant General Manager – Marketing and Innovation at Aygaz, said that Autogas is the most widely used passenger car fuel in Turkey: “We launched this campaign to enhance recognition of the superior specifications of Autogas. With the commercials, we wanted to emphasise that Autogas is a high-octane fuel with positive impact on engine performance and efficiency, and with the slogan “Don’t Say That Without Driving It First” we aimed to draw attention to the myths about Autogas and develop a better understanding about it.”