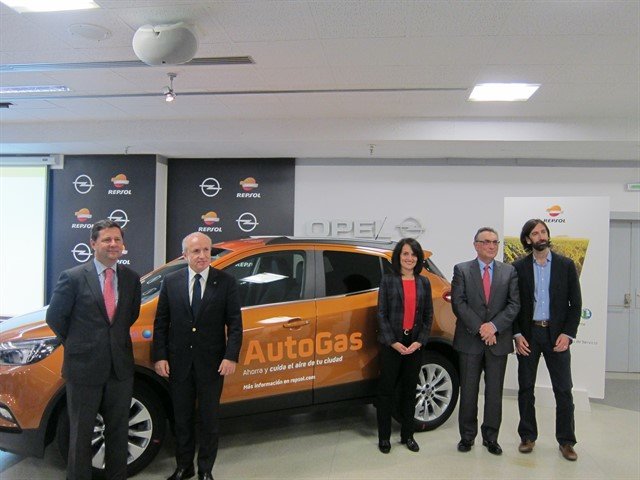 Opel has sold 333% more cars powered by LPG in the first ten months of 2018 compared to the same period of last year. In total, the automaker has registered in Spain 3,720 vehicles until October, being the Corsa LPG its best-selling model, with 1,600 units, representing an increase of 320% over the previous year. One of six of this popular model is built with Autogas propulsion, according to Opel.

Moreover, Opel’s plant in Figueruelas, Zaragoza, is expected to manufacture 24,000 Autogas vehicles by the end of this year, tripling the 8,000-figure produced in 2013 when the company started producing these LPG vehicles.

“We do not support the bans, but we are prepared and we will continue to be prepared for sustainable mobility,” said Antonio Cobo, General Director of Opel Spain, regarding the government’s plan to prohibit gasoline and diesel vehicles by 2040 and the future of Autogas.

Opel has recently organised a tour at its facilities in Figueruelas and, along with Repsol, has highlighted the benefits of Autogas as a “real alternative” to traditional fuels to reduce emissions and fuel costs in Spain. Attendees, including representatives from both companies, as well as experts and journalists, were able to see how LPG vehicles are manufactured and assembled.

Figueruelas plant has manufactured 100,000 Autogas vehicles until today. It is the most popular alternative fuel in the world with 26 million of vehicles, of which 15 million are sold in Europe and more than 70,000 in Spain, said the Director of Service Stations at Repsol José Barreiro.

Autogas global consumption has increased by 50% in the last decade, he added, and according to the government’s VEA Plan (Strategy for Driving Vehicles with Alternative Energies), its use is expected to increase and reach 250,000 vehicles by 2020 throughout the country. For more information, please check this link.