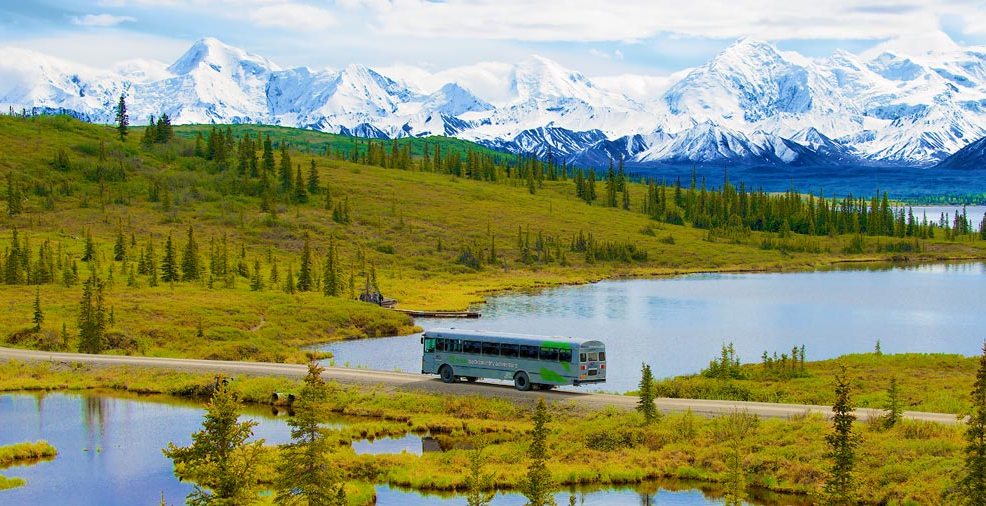 Denali National Park and Preserve is taking steps to reduce greenhouse gases and improve wildlife viewing for tourists by switching a portion of its bus fleet from diesel to Autogas starting this spring.

The result should be a quieter experience and cleaner air for the more than half a million tourists who visit the park each year, many hoping to spot bears or caribou from the buses travelling the 90-mile road winding into the park.

“There’s incredible potential that they’ll be much quieter, with much lower emissions, and I think visitors will be more comfortable with that,” said Andrew Gertge, a commercial services specialist with the 6-million-acre park that boasts the continent’s highest mountain.

Proponents of the idea hope the buses serve a broader purpose in Alaska by highlighting the benefits of Autogas, including its cost, said Mary Ann Pease, an Alaska energy consultant. Pease said school districts might see the economic value of Autogas, helping create an in-state market for the large quantities of Autogas that can produced on the North Slope.

“I think this is going to show a demand for Autogas in our state, and with that comes opportunity,” Pease said.

One of Pease’s clients is Roush CleanTech, based in Livonia, Michigan, which has teamed up with bus manufacturer Blue Bird to create a liquid propane injection system for Autogas-powered buses, large numbers of which are already in use in the Lower 48.

The idea for using the Autogas buses in Denali is included in the park’s contract with its concessionaire, a joint venture between Doyon, a regional Native corporation, and Aramark, an international food service company, Gertge said.

After serving as the park’s concessionaire for the last 13 years, the joint venture this summer beat out other companies for the right to provide concession services again, such as bus rides and campground rentals in the park, for another decade. The concessionaire currently operates more than 50 buses that resemble a standard school bus, Gertge said.

The buses were an important part of the proposal because they will help the park meet its mission of reducing noise and emissions in the park, Gertge said. “This shows a real commitment from the joint venture,” he said. “The park was very encouraged by the prospect of modernizing the fleet and making the experience more environmentally friendly.”

Fourteen Autogas buses will arrive at the park this spring from the Lower 48, said Todd Mouw, vice president of sales and marketing at Roush CleanTech. They were ordered after one was tested in Alaska last fall, he said.