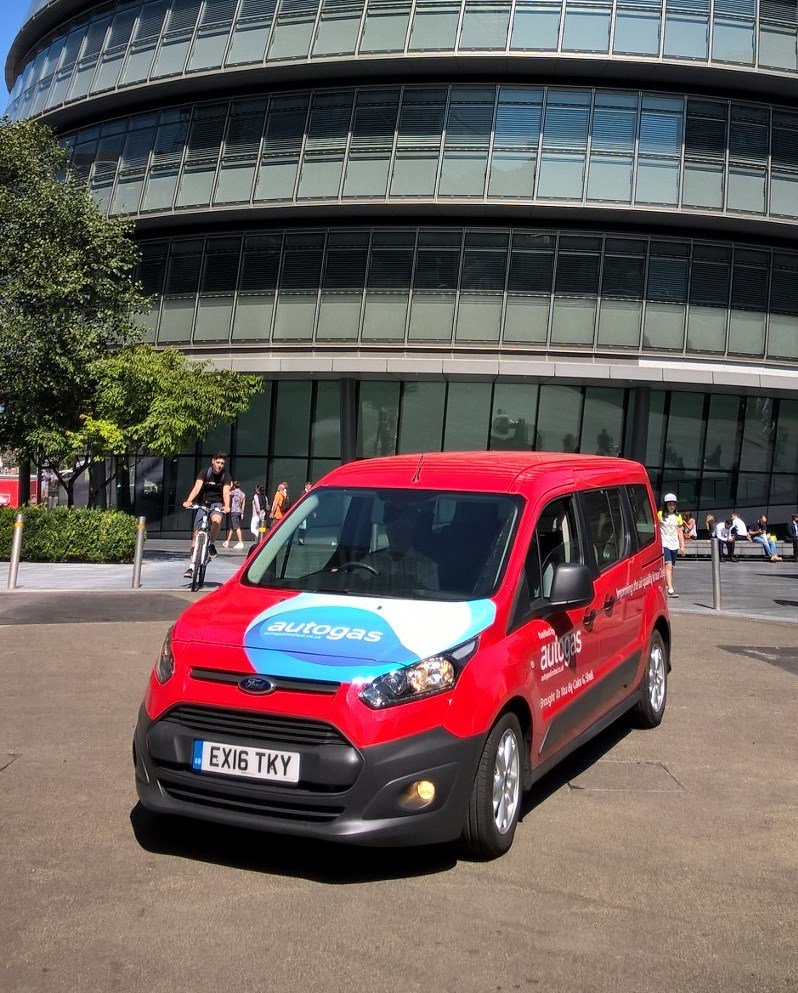 With recent success in conversion projects, and more than 60 Black Cabs being converted to run on Autogas as part of the ongoing NOx Reduction Champions project in Birmingham, the Autogas industry is encouraging fleet managers to consider LPG-fuelled vehicles as a way to address urban air quality and reduce the cost of running a fleet.

At the Cenex Low Carbon Vehicle Show on 14th and 15th September, two LPG vehicles will be on the Autogas stand and available for test drives. The Ford Transit Connect Kombi, a mid-sized van that can also be converted into a seven seater people carrier, and the Ssangyong Tivoli, a compact SUV, have both been produced to satisfy the interest from fleet customers in the UK. There will also be an LPG powered Black Cab for visitors to view the technology used in the context of the Birmingham project and which is currently under evaluation for London.

The event is run by Cenex, the UK’s first centre of excellence for low carbon and fuel cell technologies with assistance from Supporting Partners including the Innovate UK, the Department of Business Innovation and Skills, the Low Carbon Vehicle Partnership, the Office for Low Emission Vehicles, the Society of Motor Manufacturers and Traders, and UK Trade & Investment.

“With the government’s intention to introduce Clean Air Zones in five major cities in the UK, alternative fuel vehicles are a key consideration,” said Rob Shuttleworth, chief executive of UKLPG. “This coupled with the City of London’s proposed adaption of the Congestion Charge Zone to become an Ultra-Low Emissions Zone – which targets commercial vehicles rather than domestic users – means that finding alternatives to the standard diesel vehicles will be very high on any fleet manager’s agenda.”

“Having two road-ready vehicles that fleet managers can see and drive is a real step forward for LPG in being considered as a real alternative to diesel for fleet managers. These vehicles have been produced to determine the demand in the market and this is a positive step forward to raise awareness of LPG as an alternative to diesel fleet vehicles that are high in NOx emissions,” added Shuttleworth.