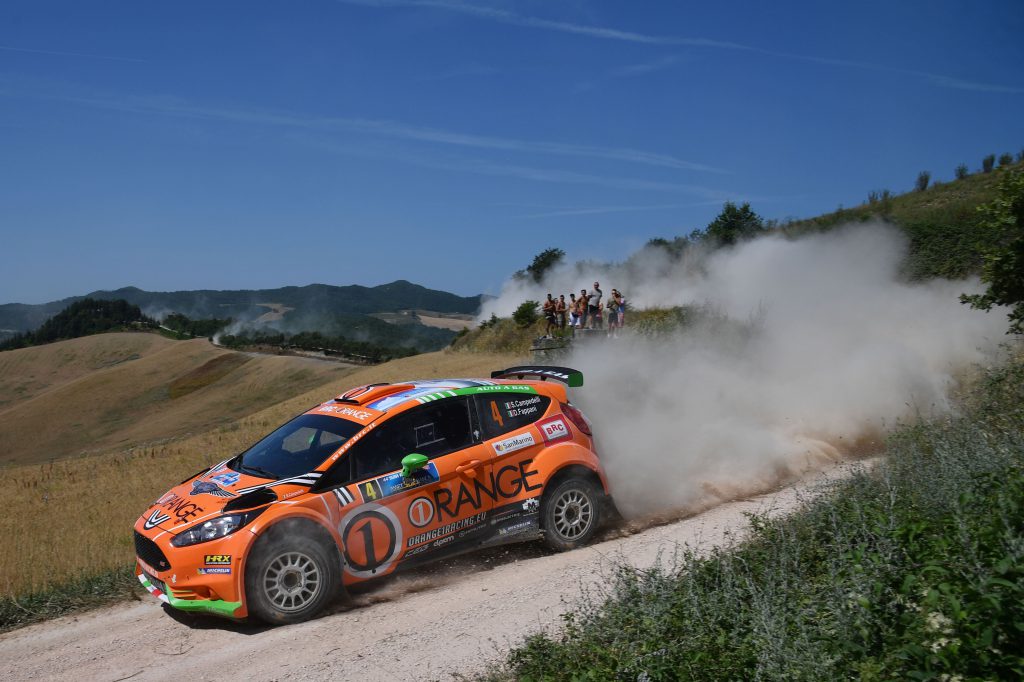 It was a double win for BRC at the 44th Rally di San Marino. Giandomenico Basso and Lorenzo Granai rule the competition with their Ford Fiesta by BRC after dominating almost all special trials. Just behind, the team-mates Simone Campedelli and Danilo Fappani made a wonderful race with the LPG-powered Fiesta.

Basso and Granai started being strong since the first special trial, dominating the first two loops on the dirt roads of the cities of Sestino and Selvanera. The five victories of the day allowed Basso and Granai to win the first race and to conquer points for the absolute rank.

Behind them, Campedelli and Fappani took place. The Orange1 driver proved once again his skill on white roads and highlighted the features of the Autogas vehicle.

BRC’s standard bearers were key players during the race run on Gubbio white tracks. Campedelli was the faster driver in Nerbisci1, while Basso dominated in San Bartolomeo 2 and Nerbisci repetition.

Sunday trials successes meant to Basso the victory of the second race and, above all, the absolute first place at the “Rally di San Marino”. It was a race to remember for BRC, with 8 successes out of 11 special trials and the first two places occupied by their two drivers.

The LPG car driver Campedelli said: “San Marino is my home race and I am satisfied with what I did. It was a hard race; we pushed hard and tried until the end. We almost reached the limit of tyres but we obtained a beautiful one-two for BRC, bringing back Giandomenico up in the rank.”