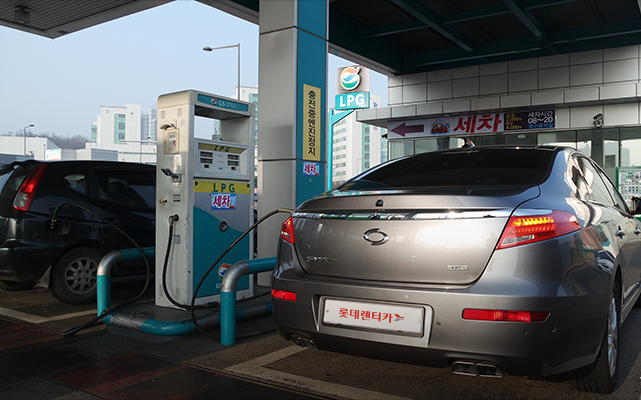 Autogas vehicles are considered environmentally friendly since they produce much less carbon emissions than conventional combustion engine vehicles. However, the LPG-powered fleet is not growing in Korea because the government still prohibits the public from buying them. Currently, only taxi drivers and the disabled can purchase Autogas cars.

According to the Ministry of Land, Infrastructure and Transport, 2,185,114 LPG cars were registered last year, a figure that represents 10% of all vehicles registered in the country.

Due to their economic fuel cost, LPG-powered vehicles had enjoyed popularity since the Asian financial crisis in the late 1990s. The number of LPG cars surged by 1.13 million in four years between 1999 and 2002. The golden era came to an end as the government carried out tax reforms on LPG consumption.

Industry insiders say the government should allow the public to buy Autogas vehicles. “Korea depends on crude oil imports, and LPG accounts for only 3% of oil produced via refineries. But we now have shale gas that can lead to more LGP production. Storage technology has also been developed. There is no reason to regulate LPG consumption anymore,” said an industry member.

Given the nation’s worsening emissions along with fine dust problems, presidential candidates have promised to ease regulations on the purchase of Autogas vehicles. The environment, transport and finance ministries formed a task force to revise Korea’s existing regulations on LPG consumption. The task force is expected to announce the revision by the end of June. For more information, please check this link.