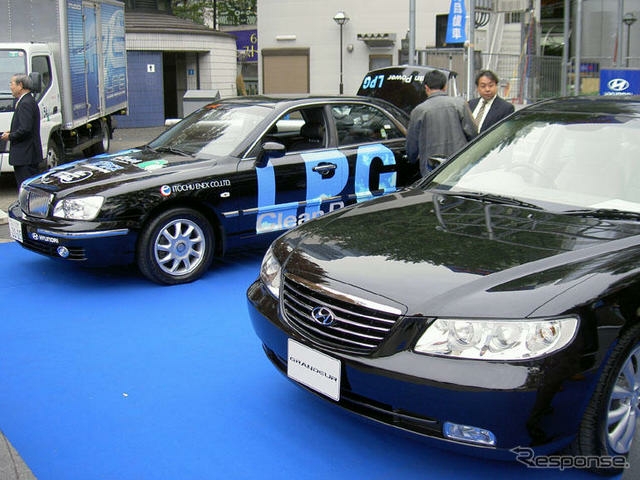 Car rental businesses have been starting to actively promote Autogas cars as an alternative to diesel vehicles ever since diesel cars were recently identified as one of the main causes of air pollution.

Until recently, use of LPG-powered cars was limited to only taxi drivers, disabled persons, and national merit recipients as well as to those renting vehicles, but last January a new law came into effect that allows anyone to own a used LPG car once it has been registered for longer than five years. Many car businesses are reflecting this legislation change and have begun sales promotions and events.

In this sense, car rental companies are one-by-one launching long-term rental programs that allow customers to purchase Autogas cars after five years of renting them.

Lotte Rent-a-Car was the first to offer a long-term rental program, launching ‘LPG 60’ in December of last year, a program that allows a customer to rent an LPG car for 60 months (five years) and then takeover the car as its owner at the end of the contract. In effect, the program enables any regular individual to purchase a brand new LPG car.

This program allows customers who had rented LPG used cars for more than 12 months but less than 48 months to become long-term renters until they fill out 60 months (five years), with the option to then takeover or return their cars.

Many other car rental businesses are also releasing similar sales promotion programs such as SK Rent-a-Car, which launched ‘LPG Zero Long Term Rent-a-Car’ this February, which allows customers to takeover LPG cars, without additional costs, after renting them for five years. Since April, SK Rent-a-Car has also been providing discounts at 60 SK Networks [001740] refuelling stations around the country to customers who rented LPG cars long-term for five years. In cooperation with SK Energy and SK Gas, LPG rental customers are further given savings of 50 won in OK Cashbag per litre of fuel purchased for two years, after starting a contract at 700 different SK Energy and SK Gas stations.