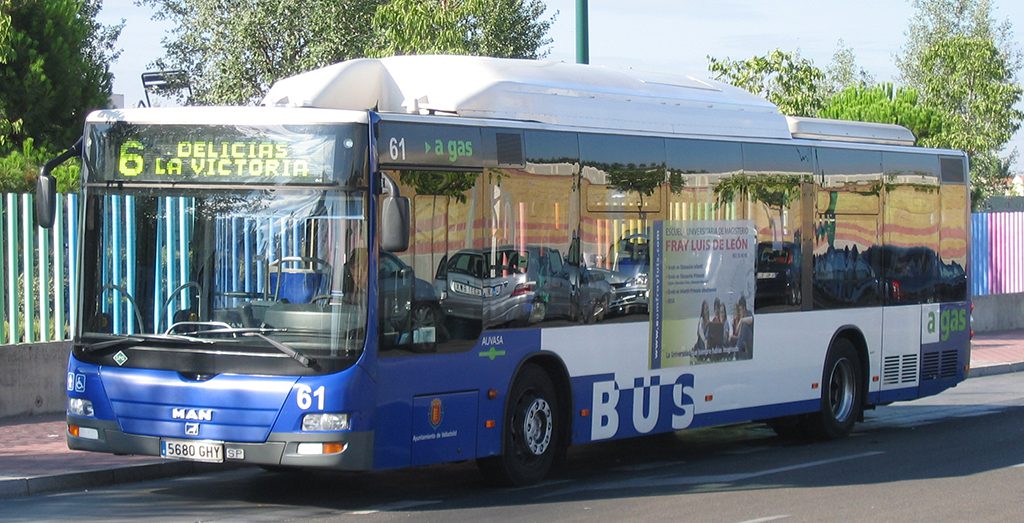 In the context of the European Mobility Week, trips on LPG powered buses routes were offered free of charge during the “Car Free Day” on 22 September in the city of Valladolid, in the autonomous region of Castile and Leon. Most city buses in Valladolid move with Autogas (103 out of a fleet of 150 vehicles). This “free bus trips” initiative was sponsored by the Energy company Repsol.

During the European Mobility Week, Valladolid citizens were also made aware of the main features and benefits of Autogas, the most popular alternative fuel in the automotive sector and used by more than 13 million vehicles in Europe. Autogas cars in Spain can be refuelled at more than 360 filling stations, of which more than 20 are located in the region of Castile and Leon and four in the province of Valladolid.

Autogas vehicles have been recently ranked by the General Directorate of Transport as ECO, a system that aims at becoming the basis on which local authorities can regulate traffic in their municipalities in order to reduce pollution. In Valladolid, this fuel has a 65% bonus on Vehicle Tax (IVTM).

Repsol also organised a booth located on the main square of the capital, where several LPG vehicles were exhibited, with the objective of raising awareness on this alternative fuel.