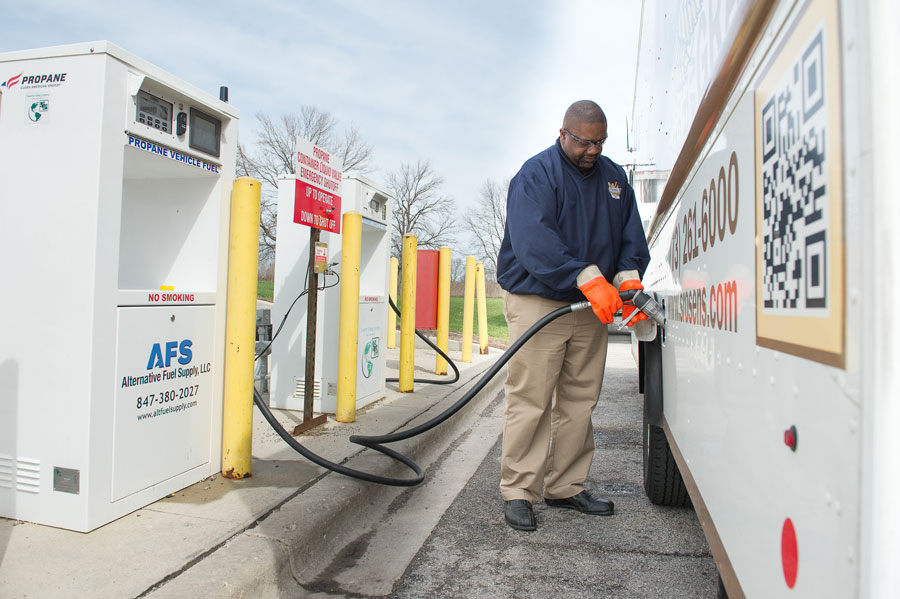 “Total petroleum displacement was about 38,000 diesel gallon equivalent per year and the greenhouse gas emission reduction was roughly 80 tonnes annually,” according to Andy Burnham, an environmental scientist at Argonne. “The findings were very encouraging. Propane trucks work well for the baking industry, and their use led to significant petroleum displacement.”

The incremental costs of the propane step vans and the infrastructure needed to support them can be recouped in four to seven years, the study found. In addition, lower fuel prices and a reduction in maintenance costs for propane vans will continue the cost savings long after the capital costs for the vans and fuelling stations are recouped.

Fuel economy was 10 miles per gallon for the diesel engines and 8.6 miles per diesel gallon equivalent for the propane vans. The seven cent per mile cost savings resulted from several factors, including the miles travelled for the propane and diesel vehicles, the vehicles’ fuel economy and the relative fuel costs of propane and diesel. For the propane vehicles, the average miles travelled per vehicle was slightly higher, the average fuel economy was lower, and fuel prices were lower. The net result of these three factors is the seven cent per mile fuel cost reduction.