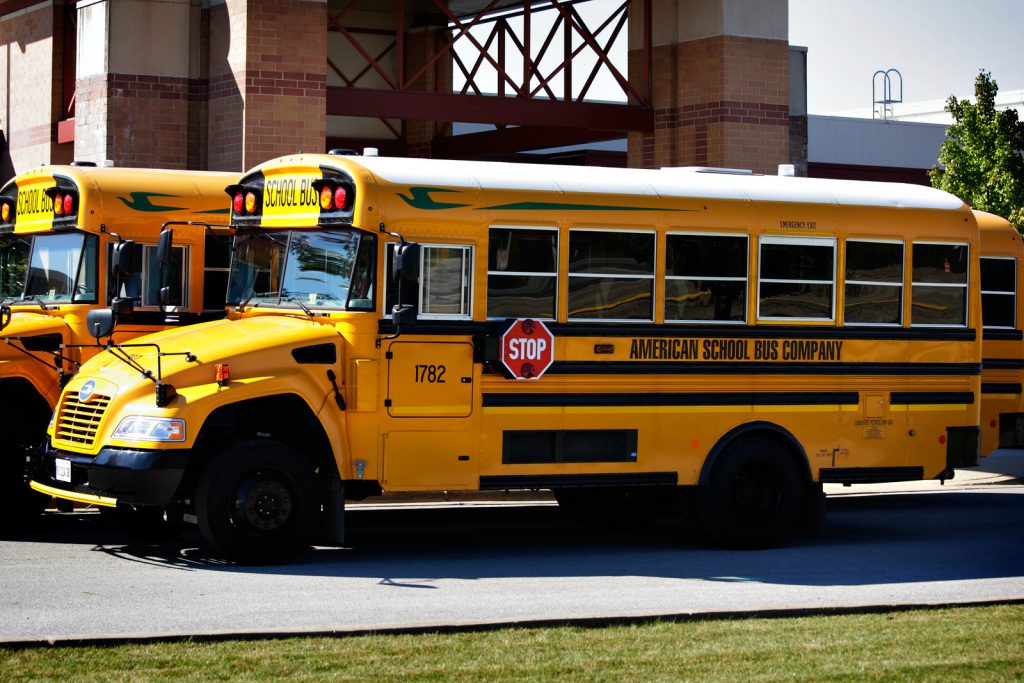 “Cook-Illinois subsidiary, American School Bus Company, won the bid for our regular education bus services for the 2016-17 school year,” said Jerry Hughes, director of risk management and safety for Orland School District. “They presented the benefits of Autogas buses that really appealed to us.”

Among those benefits, Hughes cites the propane buses’ better cold weather starts, ability to heat up fast, and the removal of diesel fumes around the students and community. The buses emit 80% fewer smog-producing hydrocarbons and virtually eliminate particulate matter when compared with conventional diesel. These buses, which run almost 400 routes per day, will reduce nitrogen oxide emissions by over 98,000 pounds and particulate matter by almost 2,500 pounds each year compared with the diesel buses being replaced. Equipped with Ford Motor Company’s 6.8L V10 engine, each bus is powered by a ROUSH CleanTech propane fuel system.

“More than 600 school districts across the nation are experiencing the environmental and economic benefits of Blue Bird’s propane buses,” said Phil Horlock, president and CEO of Blue Bird Corporation.

“Cook-Illinois’ adoption of Autogas buses for its school district customers is good for the company as well as the Chicagoland suburb,” said Brian Carney, executive director of school bus and customer support for ROUSH CleanTech. “These buses operate on a fuel that is domestically produced, abundant and affordable.”