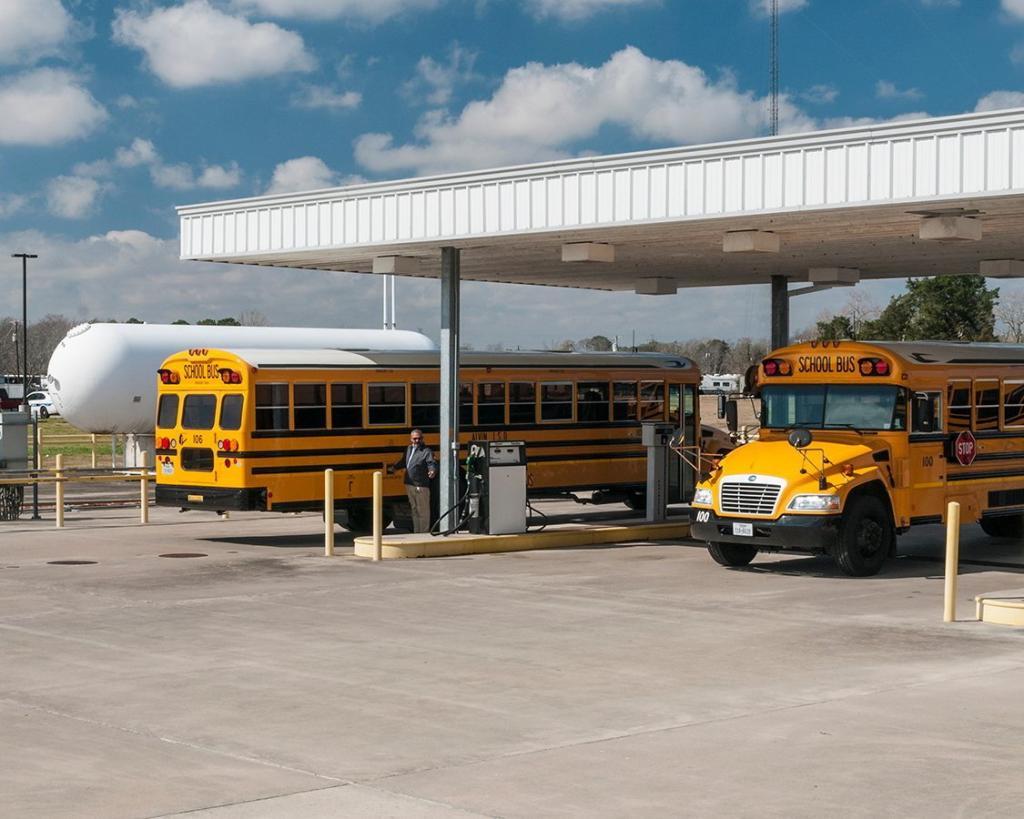 After more than a year of testing, researchers from West Virginia University concluded NOx emissions measured from Autogas school buses are significantly lower than those from diesel buses. According to the Environmental Protection Agency (EPA), exposure to NOx exhaust can trigger health problems like asthma, bronchitis, and other respiratory issues. The primary source of NOx is motor vehicles — including school buses.

“This study is monumental from an emissions and health perspective for students, schools, and communities across the country,” said Tucker Perkins, president and CEO of the Propane Education & Research Council (PERC). “Children arriving to school in Autogas buses are not exposed to harmful NOx emissions; they feel better and are more prepared to learn.”

In this comprehensive study commissioned by PERC, West Virginia University’s Centre for Alternative Fuels Engines and Emissions (CAFEE) completed two types of tests at different times during 2018 on four Blue Bird school buses. Test routes included both city and highway roads, and a stop-and-go route similar to standard school bus operation. Researchers installed a portable emissions measurement system to measure exhaust emissions on each vehicle and performed test runs on each bus with both cold and hot starts, for a total of 36 test routes.

Subsequent testing performed in late 2018 with newer model year and lower mileage Autogas and diesel buses validated the previous testing results. “These findings are significant due to the fact that NOx and ozone are major non-attainment concerns for many areas across the nation,” commented Ross Ryskamp, Ph.D., associate director for testing and development at CAFEE.

About one million students in more than 900 school districts across the nation ride to school in Autogas school buses each day. For more information, please check this link.