United States: municipality in Virginia cleans its fleet with Autogas 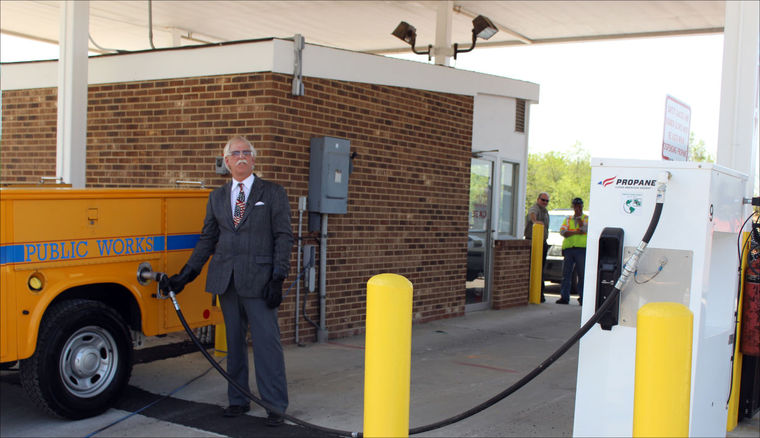 City of Danville leaders opened an Autogas fuelling station that will service a growing fleet of propane-powered vehicles. So far, the fleet includes eight light-duty service trucks, one sport utility vehicle and one mass transit bus. The City will add more vehicles as the budget allows.

“We are experiencing many successes in our city, from our downtown River District and its many milestones to this initiative in energy in our city,” Mayor Sherman Saunders said at the ceremony. “Danville is on the move, and I am proud to be a resident of Danville.”

With the use of propane, the City is achieving a greener fuel initiative while saving on costs. The commitment to converting a portion of the City’s fleet to propane began after a lengthy investigation into powering vehicles with alternative fuels.

The City began purchasing conversion kits, which cost about $7,500 per vehicle. The fuelling station was installed in November at a cost of $30,000.

Of the 10 current propane-powered vehicles, nine were converted from gasoline-only fuel. The conversion kits installed on these vehicles allow them to operate on propane as well as regular gasoline.

Two weeks ago, Danville Transit placed into service its first propane only-powered mass transit bus. This bus primarily is used for the Reserve A Ride service. The Virginia Department of Rail and Public Transportation provided the money to purchase the bus.

Transportation Director Marc Adelman said a second propane-powered bus is scheduled to arrive this summer. It will be a 28-passenger bus for use in fixed route service. The state agency also will pay for the purchase of this bus.

“Over the next three years, it is possible that more than half of the Danville Transit fleet could be propane-powered vehicles,” Adelman said at the ceremony. “The transit service is proud to operate low carbon vehicles that help to reduce greenhouse gas emissions. I think our passengers are going to enjoy the propane-powered vehicles. It is a much quieter ride than the diesel vehicles we use.”