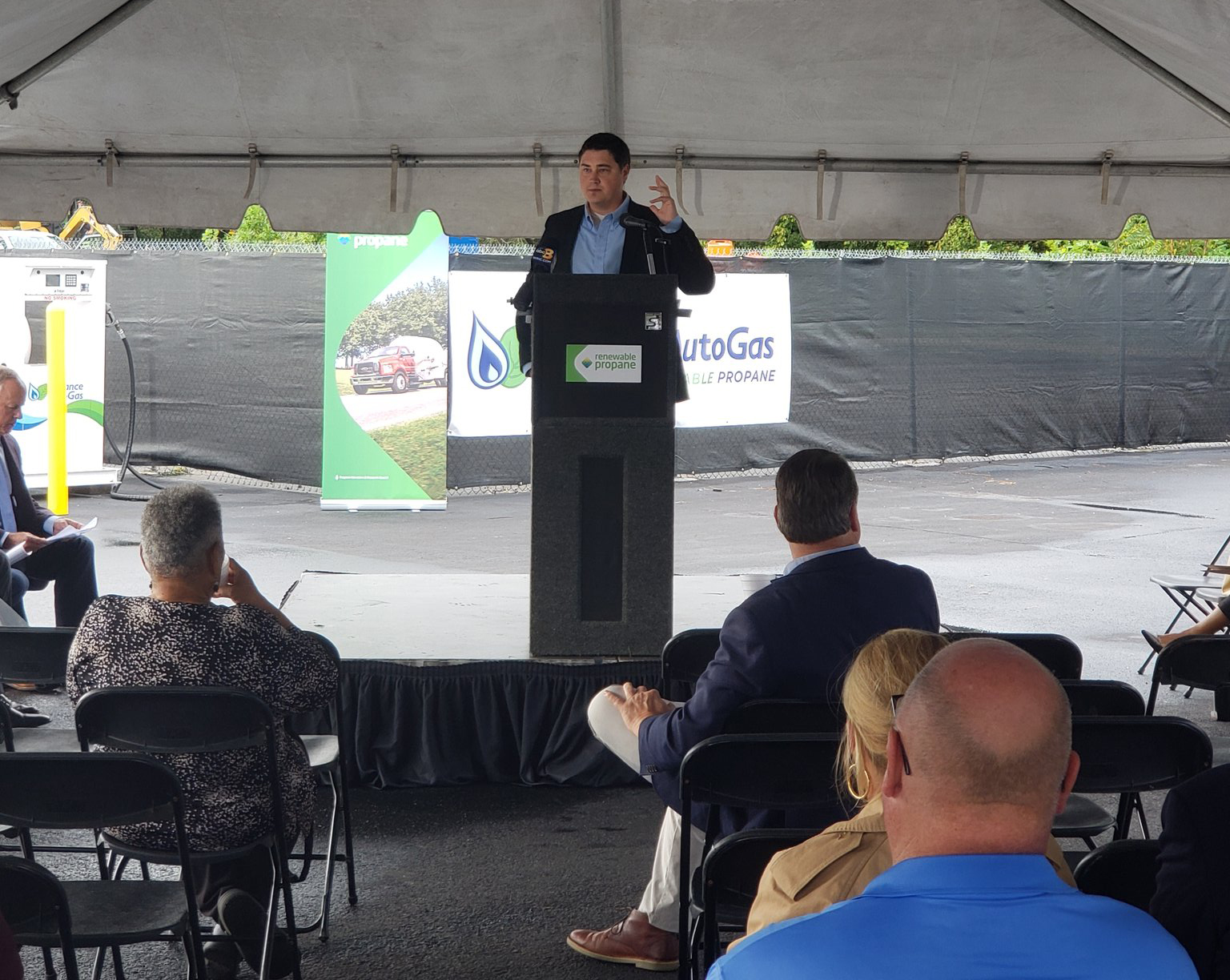 Petersburg unveiled its new vehicle fleet and become the first city in the Commonwealth of Virginia to operate its municipal cars on a renewable Autogas: 49 police vehicles were converted from gasoline to run on bioLPG. The launch was attended by authorities from the city, Virginia Clean Cities, Alliance AutoGas and the Propane Education and Research Council (PERC).

“Renewable LPG is a major step forward to reduce emissions and lower the city’s fleet operating costs,” said Alleyn Harned, Director of Virginia Clean Cities. “As a transportation fuel, it brings improved energy security for Virginia and the region.”

Harned added that the expected cost savings for switching the cars is about $1,000 per vehicle each year. Virginia Clean Cities says that localities across the U.S. had switched to the conventional Autogas, but the renewable fuel is even more carbon-neutral than its conventional counterpart.

“Renewable Autogas is already being used with great success by several fleets throughout the nation,” Tucker Perkins, president and CEO of PERC, said at the unveiling. “Widespread use would significantly magnify emissions reductions today without additional costly infrastructure upgrades. Because the chemical structure and physical properties are the same as conventional propane, renewable propane can be used for all the same applications.”

The ribbon-cutting ceremony to welcome the first gallons of the bioLPG also included a vehicle showcase and ride featuring Autogas vehicles from around the state. For more information, please check this link.