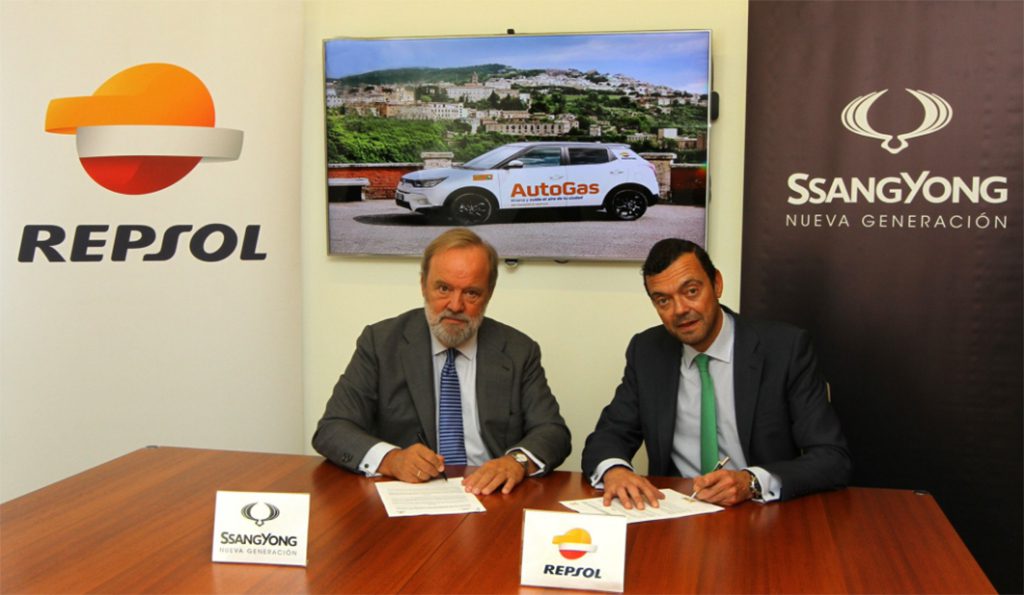 Repsol and SsangYong Spain have signed an important collaboration partnership to promote the adoption of Autogas, the most widely used alternative fuel in the world. The energy company will incorporate several Tivoli LPG-powered cars to its corporate carsharing fleet, besides establishing close technical collaboration for the development and optimisation of LPG engine performance and consumption.

In addition, both companies will make a major effort of communication and promotion in order to spread the benefits of Autogas in the commercial segment, working closely to carry out specific campaigns in order to raise awareness of the many advantages of LPG vehicles and increase its market share.

The commercial focus on this clean technology will also be available through the leasing channel, where the monthly payments will be lower than the equivalent versions powered by traditional fuels.

The bi-fuel versions of Tivoli and XLV models are equipped with two tanks, one for petrol and one for LPG, and can run on either fuel. In return, range is increased to over 1,000 kilometres, while savings can reach 40% per kilometre by using Autogas, maintaining a significantly lower level of emissions than the equivalent versions powered by traditional fuels, and offering the same performance level and similar refuelling time.

Autogas contributes to improving air quality by low emissions of particulates, nitrogen dioxide and CO2. Due to these features, the European Union says “it is an alternative fuel with a lower carbon footprint (CO2) and much cleaner than conventional fuels (NOx and PN).” Earlier this year, this categorisation was reflected in the classification of vehicles by the Spanish DGT (General Direction for Transport), according to which Autogas vehicles are classified as ECO and do not undergo traffic restrictions in the cities.