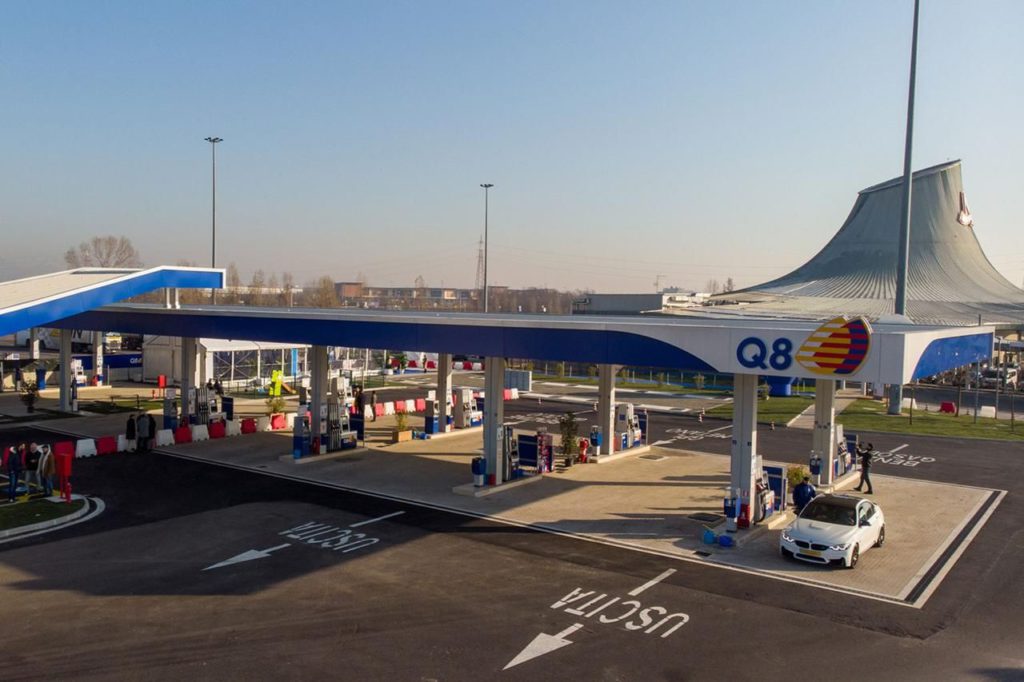 Fuel retailer Q8 has opened a new service station on the A8 Milano-Laghi motorway dedicated to the supply of alternative fuels, including Autogas. The Q8 Villoresi Est station is largely made with recyclable material and powered by renewable energy.

The facility, located in the municipality of Lainate (Milano), was built as part of the “Cre8 – Creating the station of the future” project, developed by Q8, for the promotion of alternative fuels. The initiative involves the construction of 30 multi-fuel service stations and is supported by the European Union with funds from the Connecting Europe Facility (CEF).

“The recently opened station represents a model of excellence fully integrated into the international Q8 network in Europe,” said Giuseppe Zappalà, CEO of Q8 Italia. “It embodies the Q8 concept of the station of the future, a modern, sustainable and efficient facility, able to combine attention for the customer and attention to the environment.”

“The Q8 network is moving in the direction of an economy that takes into account the environment and the problem of pollution but which is not in contradiction with economic development. In this sense, the Lombardy Region is doing its part, for example with the scheduling of more refuelling networks; the region is close to the business world but at the same time must face climate change and protect citizens,” added Alessandro Mattinzoli, Councillor for Economic Development of Lombardy Region.