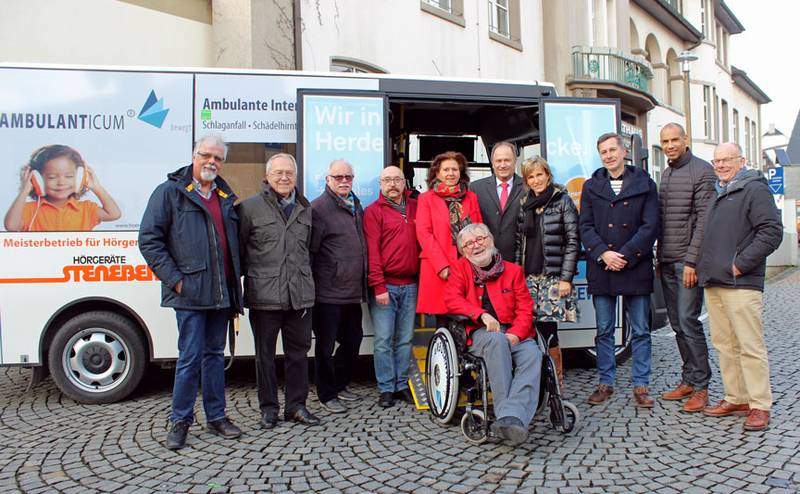 The Citizen Bus Association of Herdecke, which operates a bus shuttle service for senior and disabled residents in this Germany city, has presented a new vehicle, which runs on LPG instead of diesel. The VW T6 (formerly called Bulli) will replace a six-year old Mercedes unit with nearly 350,000 kilometres. The VW T6 van was transformed into a shuttle bus by Austrian company Kutsenits.

Chairman Eberhard Dickow said that the decision on the Autogas propulsion system was guided by environmental considerations and they will no longer rely on diesel fuel. “We operate routes in 100% of the city and we want to make our contribution to a healthier air in Herdecke,” he said.

“We are incredibly happy and proud to offer our passengers and the city of Herdecke a really great vehicle. This is the beginning of a new era,” added Dickow at the presentation of the bus in the Town Hall.

The delivery of the bus took place after several fuel consumption and performance tests were successfully completed. Over 60% of the acquisition costs of the vehicle were funded by the state of North Rhine-Westphalia.

This bus service was launched in 2012 and so far has transported over 70,000 passengers in Herdecke. For more information, please visit this link.