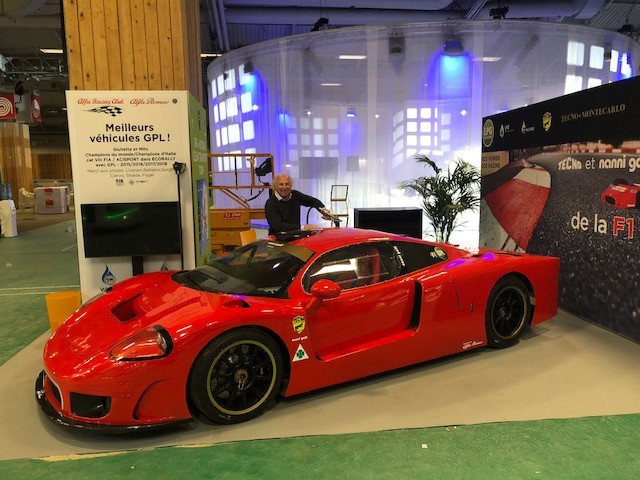 The Tecno Montecarlo race car “Nanni Galli”, featuring a V8 Alfa Romeo engine and a mono-fuel LPG system, will be exhibited at Automotoretro Show in Turin from 31 January to 3 February 2019.

The vehicle will be showcased at the SIAM stand and presented by Fulvio Maria Ballabio, an Italian race car driver who founded the Monte Carlo Automobile car manufacturer.

The environmentally-friendly supercar is the result of the investment of Monaco Montecarlo Engineering, which controls, which took over the Bologna-based Tecno brand still led by the founder Gianfranco Pederzani.

The vehicle, made of carbon fibre, features a 4.7-litre Alfa Romeo V8 engine with 503 HP, and is powered exclusively by Autogas. According to Ballabio, this is the fastest car powered by this green fuel.

During Turin show, Ballabio will announce that the Tecno/Alfa Romeo LPG car will race in the GT Series Endurance Cup, in Monza or Mugello, according to the definitive calendar that will be revealed on 2 February.

A new pilot will be also presented next weekend, who will be joined by the car builders Ballabio and Oscar Commi, and four times winner of the Endurance World Cup of Ferrari and Alfa Romeo Arturo Merzario.

Moreover, Ballabio will announce the possibility of a record attempt with an Autogas race car on the Nürburgring GT circuit in June with the driver Fabio Francia.