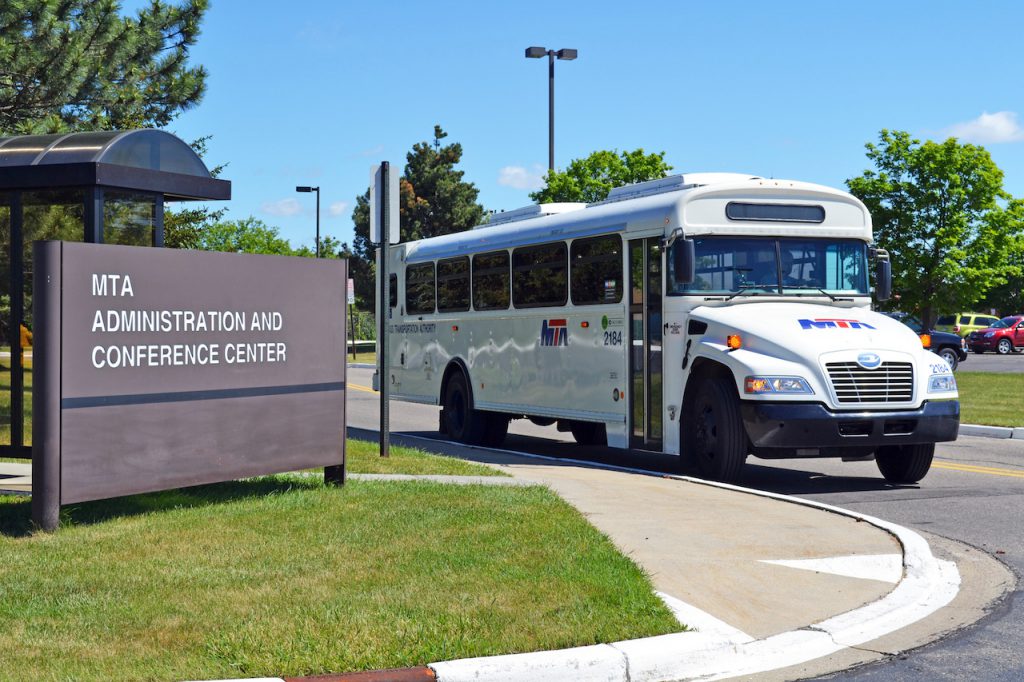 The recent delivery of LPG vehicles to the Flint, Michigan Mass Transportation Agency signals the largest rollout of Blue Bird Propane Visions for commercial use. According to Flint MTA, the new alternative fuel buses cut costs, reduce harmful emissions and take advantage of a domestically produced fuel. Compared with the diesel buses they replaced, each bus will cut down on 800 pounds of nitrogen oxide and 35 pounds of particulate matter annually.

“This roll-out signals an expansion for Blue Bird into the transit bus market,” said Phil Horlock, president and CEO of Blue Bird. “We are bringing decades of experience in school buses and expertise in affordable, alternative fuel buses to transit agencies and public transportation riders.”

The commercial version of the Blue Bird Propane Vision, which comes with a 5-year, 100,000-mile warranty, is Altoona-test rated for 350,000 miles or 10 years. Each 39-seat bus is equipped with a 6.8L Ford engine, a ROUSH CleanTech fuel system and a 100-gallon fuel tank.

“In addition to providing cleaner operations, the Autogas, medium-duty buses cost only one-third of the price of heavy-duty transit buses, so they are an extremely cost-effective way to augment our transit bus fleet,” Benning said.