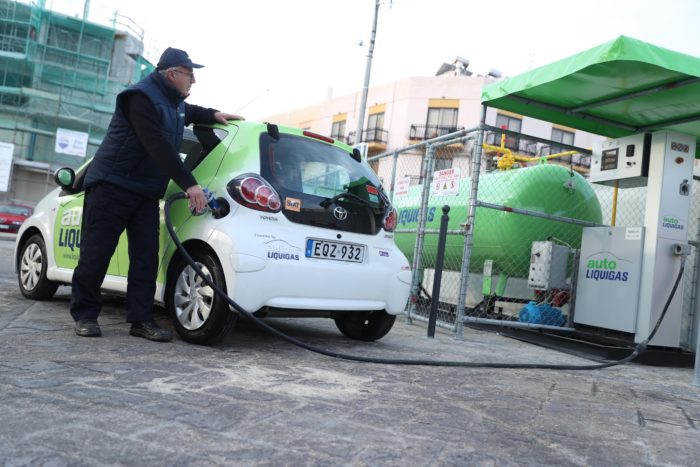 Malta continues to expand the supply of Autogas with the recently opened Liquigas Malta station in Mellieħa. Around 2,000 vehicles have been converted from petrol to LPG since the launch of Autogas in Malta. Estimates show that in 2016 vehicles running on LPG have reduced over 500 tons of CO2, in addition to significant reductions in NOx and particulate matter.

Other Liquigas’ refuelling stations are located at Malta International Airport in Gudja; in Rabat; in Swieqi; and in Għargħur. Moreover, two more dispensers are planned to be completed by the beginning of 2018, including one in Gozo.

Liquigas Malta CEO, Roberto Capelluto, said: “As more drivers are switching their cars to Autogas, we reaffirm our commitment to offering an adequate spread of filling stations across Malta. Apart from cheaper running costs, consumers are becoming more aware of LPG as a safer fuel alternative as it reduces the carbon footprint on average by 12% when compared with petrol. Clean and efficient combustion means that LPG vehicles also produce fewer harmful pollutants.

Autogas conversions are being carried out by seven authorised installers across Malta. Car owners can apply for the government’s conversion scheme from Transport Malta (Malta transport authority) which grants up to 200 euros. Government has further extended the scheme in the 2018 budget.

“The financial incentives in this regard are, in effect, a contribution not only in cleaner air, but they go a long way towards improved health and well-being of Maltese citizens, together with the targets of CO2 reduction required by the EU,” added Capelluto.