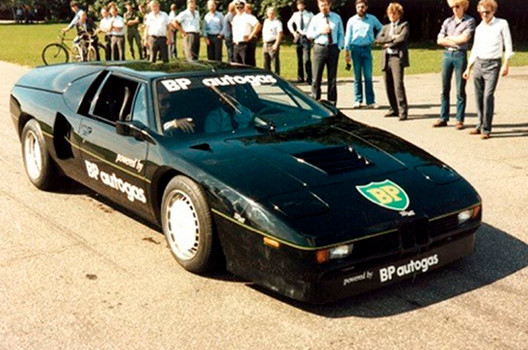 According to Coys of Kensington, specialists in fine historic automobiles and auctioneers, this BMW M1 was built to standard specification in 1979 and delivered to its first owner in Berlin. Then in 1981 the car was purchased by renowned racing driver Harald Ertl and undergone a complete makeover.

The special 1979 M1 was created at the behest of Austrian racing driver Harald Ertl, who teamed up with British Petroleum to modify the mid-engine coupe to run on Autogas, which the company was looking to promote as their new motor vehicle fuel.

This wonderfully sleek and even more aggressively-styled M1 has recently been unearthed from a garage in East London, ‘lost’ for nearly a quarter of a century and coming to the market for the first time since 1993. Its estimated sale price of $327,000 and Coys is auctioning it. For more information, please check this link.