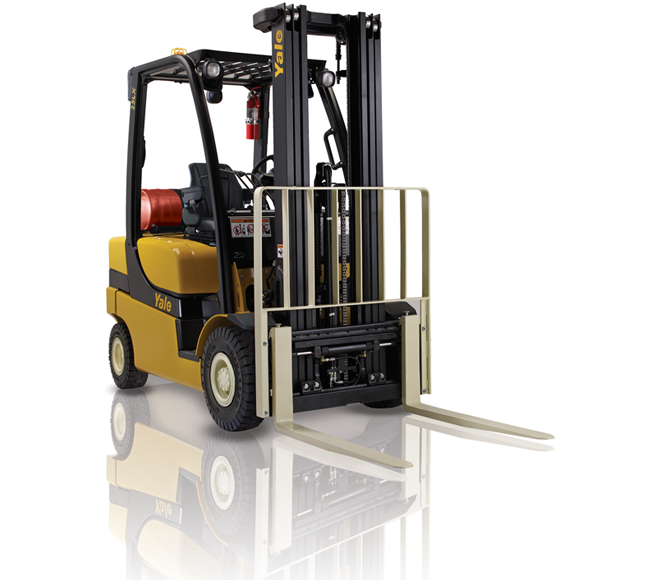 To celebrate production of the 400,000th truck at its plant in Northern Ireland, Yale Europe Materials Handling has made the largest single charitable donation in its history. As the specially manufactured truck rolled off the production line, employees at the Craigavon factory marked the milestone by handing it over to international charity Oxfam, for use at its distribution centre in Bicester.

The ceremonial presentation of the Yale Veracitor VX, which has been signed by all of the staff at the Craigavon factory, was made to Oxfam GB’s Finance Director Alison Hopkinson by Craigavon Plant Manager Jim Downey during an exclusive event on January 19th before a specially invited audience of employees, suppliers, and dignitaries, including the Lord Mayor of Craigavon.

The Veracitor VX was selected as the truck of choice because it offers the highest levels of productivity, ergonomics and dependability. The Veracitor GDP/GLP 20-30 VX offers innovative technology to reduce brake and tyre wear, longer service intervals, and outstanding engineering quality. The LPG engine range delivers new levels of performance.

Iain Friar, Yale brand manager, said: “We are all incredibly proud that the 400,000th truck has been produced here in Craigavon, and we wanted to celebrate the contribution made by so many people in achieving that milestone.”