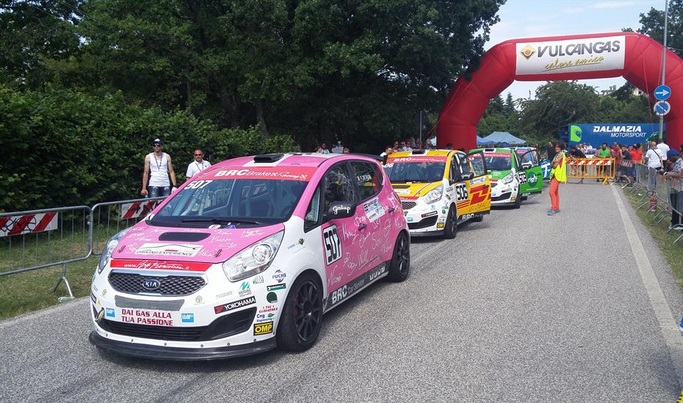 The third round of the 2016 edition of the Green Hybrid Cup – a racing series featuring hybrid Kia Vengas with combustion engines running solely on LPG –recently took place in Ascoli Piceno, Italy.

The round was a part of Coppa Paolino Teodori, itself an instalment of the Italian Mountain Racing Championships. As usual, two races were run, this time without weather interfering. However, the route was very demanding – slow at first and then getting gradually much faster. And the average slope rate of 7,55% was not exactly making things easier for the drivers, either. All in all, the route was 5,031 metres long, and height difference between the start and the finish was 380 metres.

A total of 249 cars participated in race one, including the GHC ones (in the Alternative Energy category). Round four is scheduled to take place on August 20-21, 2016.