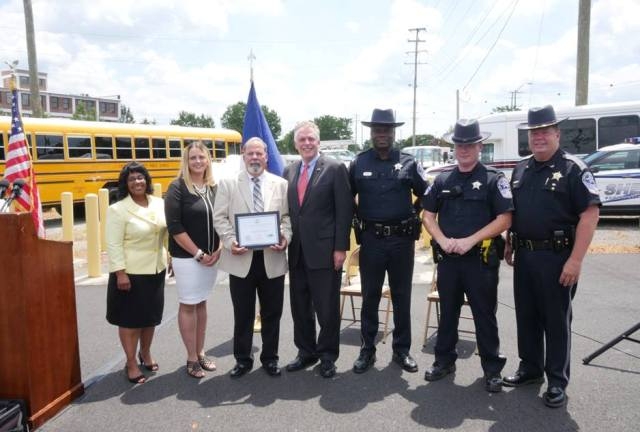 Governor Terry McAuliffe announced that 319 state and local government vehicles have been transitioned to alternative fuels, including Autogas, in the Commonwealth. This announcement exceeds the Governor’s 300 vehicle goal by the end of the Administration and is a major milestone in the progress toward low-carbon clean fuel energies in Virginia. He also awarded Chesterfield County with the Governor’s Green Fleet Award for its leadership in the transition by implementing 50 green vehicles and five clean fuel stations.

McAuliffe said: “With our 2014 energy plan, we set out to expand access to alternative fuel vehicles in a way that was cost effective for the Commonwealth and that leveraged best practices from the private sector. These vehicles reduce air pollution and greenhouse gas emissions, cut down on gasoline costs and support our Commonwealth’s growing alternative fuels industry, leading to job growth here at home and more sustainable transportation solutions.”

The governor announced the milestone in front of an Autogas fuelling station at the Department of General Services central fleet facility. A range of clean fuel fleet operators, technology providers, and a wide diversity of clean fuel fleet vehicles were visible at the event. State and local vehicles that have been transitioned include: light-duty Autogas vehicles, such as trucks, vans and police interceptors, and school buses.

“This announcement marks an important milestone in our efforts to transition state and local vehicles to alternative fuels, and I congratulate Chesterfield County for its leadership,” said Secretary of Commerce and Trade Todd Haymore. “Working with our public and private sector partners, I look forward to continuing this transition in more state agencies and local governments in the months ahead.”

The Department of Mines, Minerals and Energy (DMME) and the Department of General Services (DGS) supported this goal by establishing the public-private contracts that made possible the installation of fuelling infrastructure and the purchase of vehicle conversions. These contracts, combined with DGS contracts for new LPG-powered vehicles, paved the way for state agencies and local public bodies to have easy access to alternative fuel solutions.

“This is important because Virginia produces nearly no oil and has an economic and environmental opportunity to transition to cleaner domestic fuels,” said Alleyn Harned, Executive Director of Virginia Clean Cities. “Propane Autogas, natural gas and electricity are low-cost alternative fuels, often representing cost savings as much as $1 per gallon.”