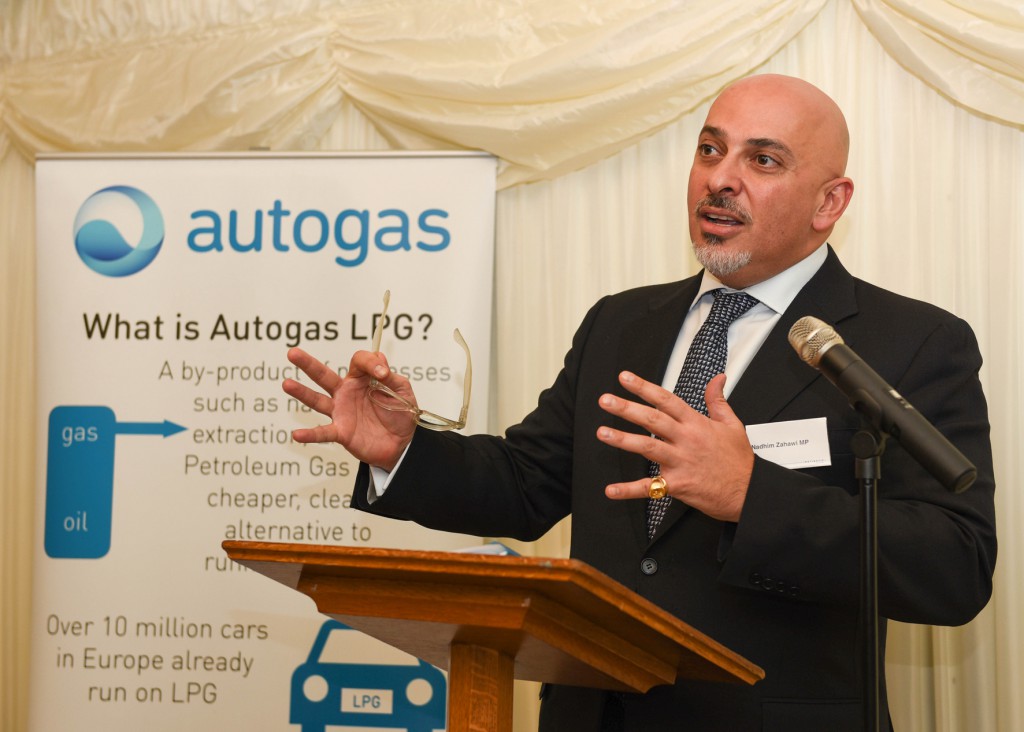 A Parliamentary reception hosted by Nadhim Zahawi MP, has highlighted the important role that Autogas can play in cleaning up air quality in the UK’s towns and cities. Furthermore, the event delivered a strong rallying call for the Government to introduce a more coherent road fuel strategy which considers all fuels equally and on a level playing field.

To support the event and demonstrate the significant air quality improvements that can be made immediately via LPG, Autogas Limited presented its newly converted Euro 6 compliant TX4 LPG taxi on the Parliamentary estate. The company believes that this readily available technological solution could be a significant answer to helping improve air quality in London and other polluted cities and towns both now and into the future.

Speaking at the reception, Nadhim Zahawi MP said: “We have a significant air quality crisis across the UK and with the Government due to respond to the Supreme Court’s ruling before the end of the year, I believe this is the moment for LPG.”

His comments were echoed by Heather Wheeler MP, Vice Chair of the Motor All Party Political Group, who said: “Given the enormity of the air quality issues in the UK, we as parliamentarians and industry stakeholders, owe it to our constituents and the wider general public to engage with Government and encourage them to promote a more balanced uptake of a basket of fuels. With this in mind, we would encourage a genuine partnership between industry, vehicle manufacturers and the Government.”

The UK currently faces a growing air quality crisis. Since 2010 it has been breaching EU NOx limits and in April 2015, the Supreme Court ruled that the Government must submit new plans by the end of the year about how the UK can comply with EU requirements.

Greater uptake of LPG including Autogas’ new taxi conversion is just one way which could help the UK meet these targets. Autogas’ new repowered TX4 black cab running on LPG now emits significantly fewer NOx emissions compared with a normal diesel powered version. What is more, in addition to reducing emissions, users would see fuel cost savings of around 20 percent and would be able to refuel from any of the existing 1,400 refuelling stations nationwide which already offer LPG.