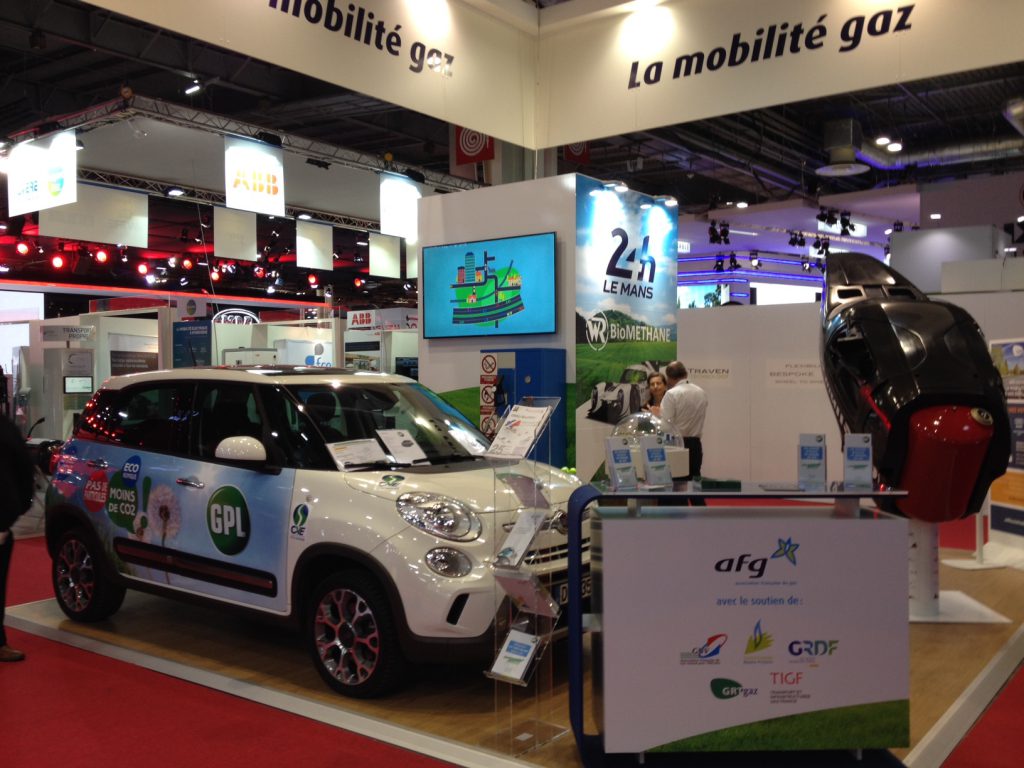 From 1 to 16 October 2016, LPG is highlighted at the booth on “Gas Transport Solutions” at the Paris Motor Show. During two weeks, visitors will have the opportunity to learn more about gas vehicles while clarifying misconceptions about LPG as an alternative fuel.

On the booth, the general public, professionals, public authorities and the media are made aware of the benefits of Autogas in terms of air quality, operational costs, convenience, performance and availability, as well as the opportunities provided by the development of renewable sources of LPG in Europe. Experts from the French LPG Association CFBP are available on-site to address questions on Autogas. The car brand Fiat also provides visitors with information on LPG on its own booth.

Since the launch of the Motor Show, the booth on “Gas Transport Solutions” has successively hosted the French Minister of Environment Ségolène Royal and the Secretary of State for Industry Christophe Sirugue, Parliamentary Delegations working on sustainable development at the French Parliament and other political representatives.

Media also visited the booth, and reported on the importance of Autogas in the context of current energy transition and move towards sustainable mobility.

There are currently over 200,000 Autogas vehicles on the roads in France, served by a network of 1,750 LPG filling stations. Recently, the French government has established a new classification of vehicles according to their level of air pollutant emissions, and Autogas vehicles are recognised as being among the least polluting.