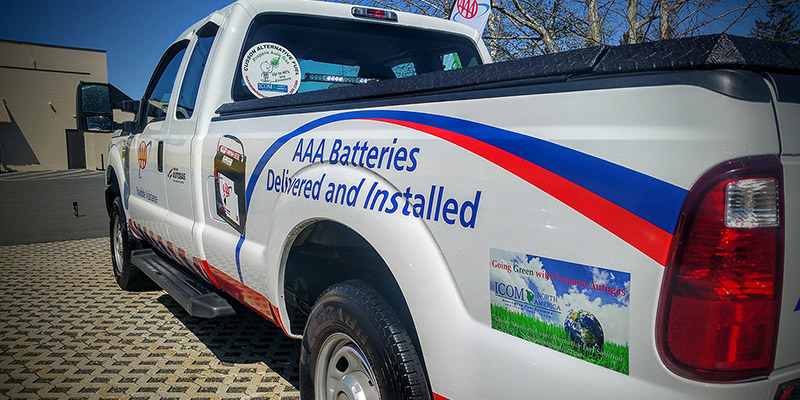 An American Automobile Association (AAA) club that services five Connecticut counties is making progress on converting its 28-truck fleet to run on Autogas instead of gasoline, with the goal to reduce emissions and save the club money. According to fleet manager Glenn Chamberland, it will be the first AAA club-owned fleet to convert to propane.

AAA Allied has converted six of its trucks so far. The fleet, which travels as much as 1.6 million miles a year, includes eight flatbeds and 20 Ford F-250s. The AAA club plans to have aftermarket conversion kits installed on all 28 trucks by the end of 2017.

South Windsor-based Cusson Automotive is installing the Icom JTG Propane Liquid Injection System kits, which allow the trucks to run on either gasoline or propane. “Using both propane and gas gives each truck a range of about 600 miles,” said Chamberland.

Each conversion costs upwards of $10,000, but he said expected savings from less frequent maintenance and lower fuelling costs will mean a payback period of nine to 11 months per truck. Once the full fleet is converted, annual savings are expected to be in the five figures.

AAA Allied installed its own refuelling facility at its West Hartford facility, Chamberland said. He said the investment ranges between $30,000 and $50,000.